Warning: include(/home/customer/www/antarctica2020.org/public_html/wp-content/plugins/cornerstone/includes/i18n/shortcodes.php): failed to open stream: No such file or directory in /home/customer/www/antarctica2020.org/public_html/wp-content/plugins/cornerstone/includes/classes/Services/Config.php on line 32

Warning: include(): Failed opening '/home/customer/www/antarctica2020.org/public_html/wp-content/plugins/cornerstone/includes/i18n/shortcodes.php' for inclusion (include_path='.:/usr/local/php74/pear') in /home/customer/www/antarctica2020.org/public_html/wp-content/plugins/cornerstone/includes/classes/Services/Config.php on line 32

Antarctica2020 is a group of influencers from the world of sport, politics, business, media and science, that are building support for the full and effective protection of the Southern Ocean, through the establishment of a network of large-scale marine protected areas in this unique and important wilderness. 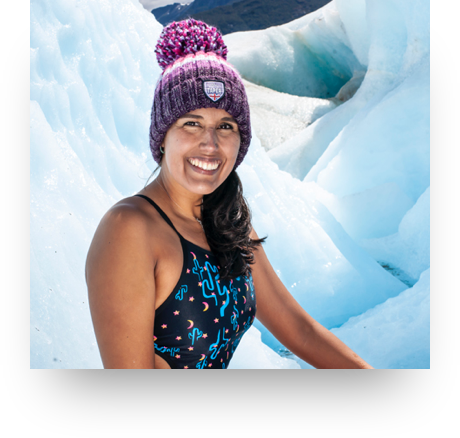 Antarctica contains about 90% of the world’s ice and around 70% of the planet’s fresh water; both are vulnerable to warming air and waters. Antarctic sea ice is melting faster than ever (tripling in the past 5 years) as a result of global warming.

Changes in sea-ice coverage are affecting the marine ecosystem in profound ways, including the dramatic decline of Antarctic krill, a keystone species in the Antarctic food web. In addition to the impacts of climate change, increased pressure from industrial fishing are adding environmental pressures, making it harder for predators to find food.

The latest science is telling us that to regenerate Ocean life and build the resilience of its ecosystems and wildlife to climate change we need to create marine protected areas (MPAs) covering at least 30% of the Ocean by 2030.

MPAs provide protection for marine life, building resilience and helping alleviate the negative impacts of the climate crisis by removing additional stressors, such as fishing. They also provide important scientific reference areas to facilitate monitoring the impacts of fisheries and climate change on polar regions.

The protection of the Southern Ocean is a defining issue for our time, and it can help bring countries together.Protecting large Antarctic marine areas will boost Ocean protection by an order of magnitude greater than anything achieved before. We have a once-in-a-generation chance to do things differently.

Just as the world came together in 1959 to set aside the land mass of Antarctica for peace and science, we now need to come together to protect Antarctica’s waters to provide a lasting environmental legacy for future generations.

In 2012 countries agreed to establish a network of MPAs in the Southern Ocean. To date only two have been established- in the South Orkneys and the world’s largest MPA in the Ross Sea in 2016. But key marine areas are still under threat.

Progress has stalled. The 25 countries and the EU that are members of the Commission for the Conservation of Antarctic Marine Living Resources (CCAMLR) need to agree by consensus to the designation of the three large-scale MPAs in the East Antarctic, Weddell Sea and Antarctic Peninsula by 2021 at the latest. This will boost the protection of the Southern Ocean by almost a further 4 million km2, guaranteeing the greatest act of ocean protection in history.

This historic protection will be a key milestone towards ensuring the necessary full and effective protection of the whole of Antarctica’s mighty Southern Ocean. Above: Adélie Penguin on an iceberg.
Photo credit: Kelvin Trautman

Hobart, 4th November 2022 Today the international body responsible for safeguarding Antarctica’s waters finished its annual meeting with a mixed bag in terms of progress to protect marine life in the region. The 27 members that make up the Commission for the Conservation of Antarctic Marine Living Resources (CCAMLR) identified further vulnerable areas and committed to conduct more science on ...

A MESSAGE FROM ANTARCTICA2020 CHAMPIONS TO THE PRESIDENT OF CHILE

Ashlan and Philippe Cousteau, Antarctica2020 Champions, send a message to President Boric as he takes office and urge him to put the protection of Antarctica's Southern Ocean at the top of his environmental agenda.

Help #ProtectAntarctica and secure the largest act of ocean protection in history! Visit http://only.one/Antarctica to sign the petition today!

As #Antarctica tourism grows, so will the environmental impacts in addition to #ClimateChange.

We advocate for a long-term precautionary approach to regulate Antarctic tourism, ensuring that the region remains a natural reserve.

@NSF @us_arp has got a camera on Torgersen Island, where a colony of 2,500 Adélie penguins live.